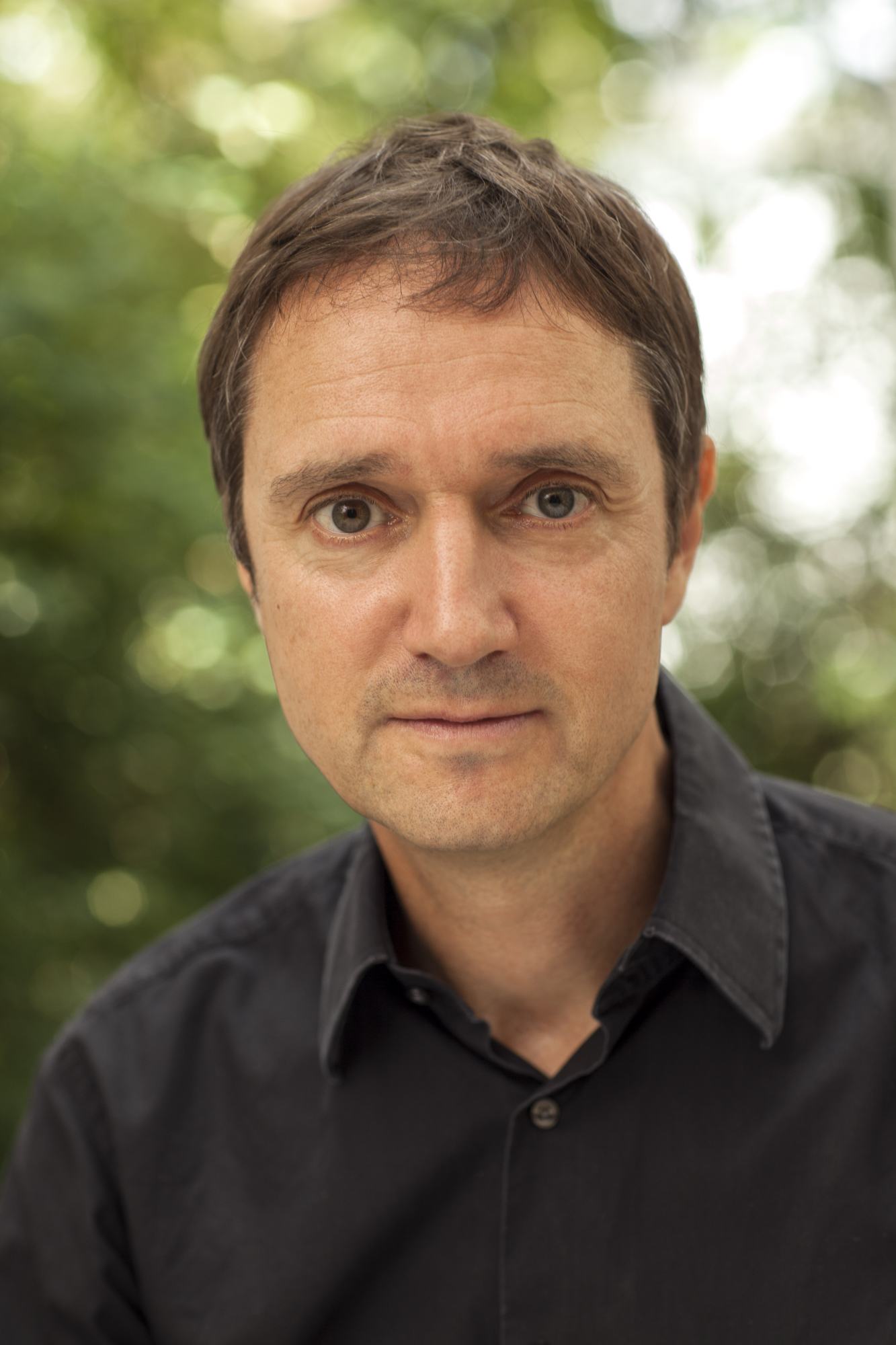 Jasper Rees has been a journalist since 1988. He has written over the years for most broadsheets, but principally the Daily Telegraph, Independent, Evening Standard and The Times Saturday Magazine. He has also written for Vogue, Harper's, Radio Times and GQ. He lives in London.

While researching LET’S DO IT, Jasper Rees came across previously unseen writing from the late Victoria Wood. In VICTORIA WOOD UNSEEN ON TV, Rees compiles these documents, which include sketches, scripts and manuscripts, into a celebration of the life and unique talent of Victoria Wood.

Written with the permission of Victoria Wood’s family and estate, UNSEEN ON TV will remind everyone why Victoria Wood is one of the nations most treasured entertainers – not that we would be quick to forget.

Latest publication LET'S DO IT: THE AUTHORISED BIOGRAPHY OF VICTORIA WOOD - TRAPEZE - OCTOBER 2020

'I was born with a warped sense of humour and when I was carried home from being born it was Coronation Day and so I was called Victoria but you are not supposed to know who wrote this anyway it is about time I unleashed my pent-up emotions in a bitter comment on the state of our society but it's not quite me so I think I shall write a heart-warming story with laughter behind the tears and tears behind the laughter which means hysterics to you Philistines...'
From 'Pardon?' by Vicky Wood, Aged 14. Bury Grammar School (Girls) Magazine, 1967

In her passport Victoria Wood listed her occupation as 'entertainer' - and in stand-up and sketches, songs and sitcom, musicals and dramas, she became the greatest entertainer of the age. Those things that might have held her back - her lonely childhood, her crippling shyness and above all the disadvantage of being a woman in a male-run industry - she turned to her advantage to make extraordinary comedy about ordinary people living ordinary lives in ordinary bodies. She wasn't fond of the term, but Victoria Wood truly was a national treasure - and her loss is still keenly felt.

Victoria had plenty of stories still to tell when she died in 2016, and one of those was her own autobiography.

'I will do it one day,' she told the author and journalist Jasper Rees. 'It would be about my childhood, about my first few years in showbusiness, which were really interesting and would make a really nice story.'

That sadly never came to pass, so Victoria's estate has asked Jasper Rees, who interviewed her more than anyone else, to tell her extraordinary story in full. He has been granted complete and exclusive access to Victoria's rich archive of personal and professional material, and has conducted over 200 interviews with her family, friends and colleagues - among them Victoria's children, her sisters, her ex-husband Geoffrey Durham, Julie Walters, Celia Imrie, Dawn French, Anne Reid, Imelda Staunton and many more.

What emerges is a portrait of a true pioneer who spoke to her audience like no one before or since.

Praise for LET'S DO IT: THE AUTHORISED BIOGRAPHY OF VICTORIA WOOD - TRAPEZE - OCTOBER 2020

“This biographer is the safest of hands … Her inner life is handled with unobtrusive authority.  It does not feel intrusive because it is so richly fed with the memories of those who properly loved her and those memories add to the store of lines to treasure … I am thankful for her and this good biography.” Libby Purves, The Times

“The inclusion of Wood’s jokes makes LET’S DO IT feel more joyful; Rees, with access to her archives plus interviews with friends and families, forensically includes every BBC meeting, every ITV negotiation, business creeping up on the laughter. You can almost feel him riffling files, rewinding tapes, so carefully is it pieced together. Yet the reward is a 360-degree biography that transforms a beloved entertainer into a real human being.”  It’s a book for fans, of course, but it also documents 40 years of British entertainment, filtered through a life that stretched so much further than a few knackered bras.” Victoria Segal, Sunday Times

“This meticulous authorised biography of the beloved entertainer is based on hundreds of interviews by Rees, and audio tapes made by Wood herself. It cements Wood’s position in the pantheon of great British comedy talents and, along the way, Rees makes a cogent case for her brilliance as a deft writer who could skewer a character with the perfect word or two leaving audiences in stitches not just because it was funny – but also because it was true.” Financial Times, Books of the Year

“In this affectionate biography, Jasper Rees describes two Victorias – one ‘bouncing for joy on the piano stool of life’ the other ‘guarded’ and difficult to get to know.” Independent, 10 Best Non-Fiction Books of 2020

“Rees’s research is wide-ranging and detailed … his analysis is acute and often beautifully articulated." i newspaper

“It’s impeccably sourced … the book has the pleasing air of an oral biography … Throughout the book, events are accompanied by Wood’s own commentary via her correspondence and diaries, and it’s a disorienting delight to hear her voice again.” Irish Times

“There was none like her before and there’s been none like her since – she was unique … I contributed to the book because I know that Jasper was a great friend of hers and she trusted him … and I knew that he would respect that … We weren’t sitting down to be soft and fluffy about Vic, because Vic was quite spiky, quite demanding, and utterly hilarious.” Dawn French

Praise for BRED OF HEAVEN: ONE MAN'S QUEST TO RECLAIM HIS WELSH ROOTS - PROFILE - AUGUST 2011

"A most entertaining and inspiring handbook for anyone who would prefer to be Welsh - and who wouldn't?" Jan Morris

"A lyrical book: funny, hugely enjoyable, often deeply moving. And he's learned what makes the Welsh tick. No mean feat for a man who's English by birth." John Humphrys

Praise for I FOUND MY HORN - WEIDENFELD & NICOLSON - JANUARY 2008

“[This book] reads like the best kind of Nick Hornby novel - all midlife crisis, technical obsessiveness and boyish defiance...The build-up to his climactic, foolhardy performance is irresistible, and his unashamed fixation with everything horn-oriented rings so true that it's impossible not to get a little horn-obsessed oneself.” Sunday Times

“This is a book teeming with first hand research and thorough reading. It remains enough of a laddish yarn to amuse the casual reader, but there is also enough meat packed into its pages to entice those with a genuine love of musical history, and especially those with any interest in the French horn.” Herald

“The strength and reach of Rees' enthusiasm carry the day...Rees did stand up to be counted, and he got a fine book out of it, too.” Daily Telegraph

“There are things in this delightful, warm, witty, erudite book that will appeal to almost everyone... It's not just Rees's personal transformation that makes this book such a joy, though. It's also playfulness, the flourishes, his eye for detail and the persuasive weight of his enthusiasm.” Mail on Sunday

“A very approachable insight into a world of obsessive perfectionists.” Independent

“This quirky memoir, in which Rees decides after 22 years to take up the French horn again, is surprisingly evocative and moving.” Scotland on Sunday

“This inspiring, moving and quite hilarious book is the perfect cheer-up present for everyone you ever knew. Rush out and buy...” Classical Music Magazine

“A marvellous memoir of a year’s obsession that should be read by anyone gripped by illogical compulsion.” Economist

“After all the tales of addiction and affliction that have made modern memoirs such a gloomy genre, [Rees’] account of turning the horn from an old foe into an old friend is as refreshing as it is uplifting.” Wall Street Journal

“A lively, informative, and contagiously enthusiastic exploration of a horn-centric universe... Rees is both a buoyant and impassioned writer. His language is fleet, efficient, and full of detail. His horn fixation animates even a casual trip to the movies... The scene of him standing on stage with the very horn he had played as a child gives off a gratifying, burnished glow.” San Francisco Chronicle

“High Fidelity meets Touching the Void in the improbably heroic adventure of an amateur French horn player who quite literally blows himself back to life again. The middle-aged man’s rueful riposte to all that self-deluding, chirpy chick-lit tripe, it is very, very good, very, very funny, and horribly true.” Bob Geldof

“Rees records his journey with impeccable research and sharp wit, weaving together his first lessons as a youth with those of adulthood, all the while reliving the horn’s long history in a musical and literary achievement.” Booklist (starred review)

“An appealing book, both for musicians and for those who abandoned music long ago after childhood battles with an instrument... [A] humorous paean to a humble bit of brass.” Financial Times

“A rather charming account of the author’s attempt to tackle a mid-life crisis by digging out his old French horn and plunging brass-first at an attempt at a public performance.” Observer

“There’s a great appetite at the moment for TV programs and books about people having a go at something they don’t normally do. Celebrities learn to dance, people swap jobs and partners, try one another’s diets. Often these efforts are trivial, but sometimes they provide genuine insight... So it is with Jasper Rees’ [I Found My Horn]... With an easy, matey style, Rees gives a very approachable insight into a world of obsessive perfectionists.” Arts and Book Review

“One man’s journey to making hopes and dreams a reality... The book is compelling reading and is utterly inspiring to anyone who ever played an instrument in their youth. In fact, I even hunted out my old piano to have a tinkle on the ivories – fifteen years after giving the instrument up. Be warned, you can’t read this book and not take action.” Western Mail