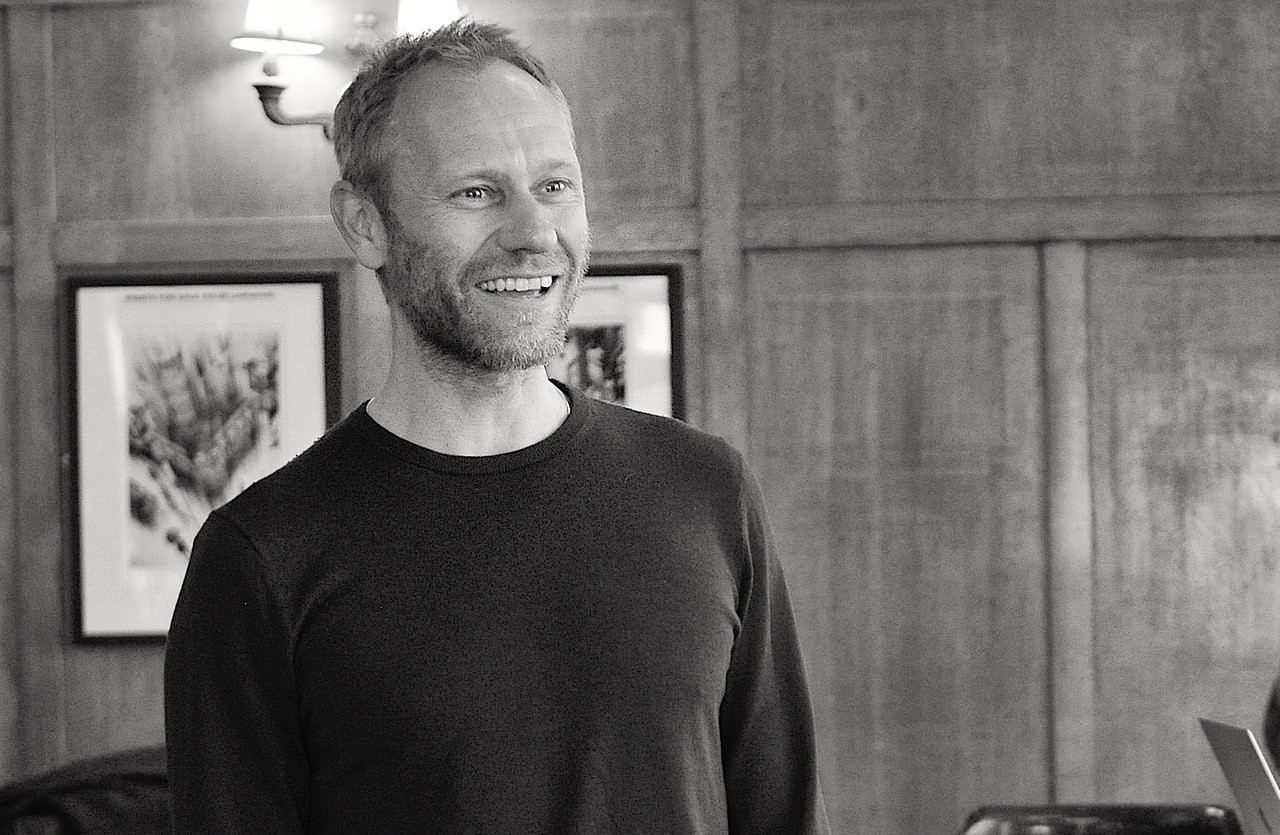 James trained at RADA and is Artistic Director of Defibrillator which he established in 2011.

He received an OFFIE nomination for the World Premiere production of Not Talking by Mike Bartlett.

“Foxes provides a voice to a community too often marginalised by theatre and demonstrates that the stories that emerge as a result have a universal resonance. More please.”

“Everything works together in this stunning production to create a groundbreaking theatrical triumph.”

“Foxes is a powerful and emotional play with a voice that deserves to be heard.”

★★★★ The Arts Desk
"Another glimmer of light in this godawful year.”

★★★★ A Younger Theatre
“A queer romance that is beautifully and sensitively portrayed... is truly a breath of fresh air.”

“Deeply compelling in its pacing and momentum.”

★★★★ "It’s hard to beat – beautiful without being too misty-eyed." Radio Times

★★★★ “James Hillier offers a production that is notably still and centered. This is a thoughtful and accomplished look at the things we do and don’t say, whether we should or not.” Evening Standard

★★★★ “A startlingly powerful play.” Time Out

★★★★★ ”An intergenerational tale that’s both intimate and far-reaching.” MyTheatreMates

“It’s been brought to the stage for the first time by Defibrillator’s James Hillier, and it’s a credit to Hillier’s direction that it’s hard to imagine just listening and not watching as characters physically transform in the journey towards conscious change.” Exeunt

A LIE OF THE MIND

★★★★ “James Hillier’s revival is haunting and unsettling; a search for love and purpose played out against a haze of love and regret.”  Time Out

★★★★ “Directed by James Hillier the production is an assaulting yet intriguing window into family life, mental health and domestic abuse. Harrowing and disturbing in some moments, yet humorous and absurd in others, it’s certainly a shock to the system.”  London Theatre1

“The combination of politics, sex, brute strength and knowledge makes for a combustible mixture. Director James Hiller and his London-based company Defibrillator not only enhances the play's intimacy, but adds a nice dose of quiet tension.” Broadway World

“Under James Hillier’s impeccable direction, each actor captures the soul of their character with depth, authenticity, and honesty Do not miss out on this rare opportunity to see important theatre performed in the most intimate of spaces.” On Stage

“Director James Hillier and his cast work with such unwavering confidence and control that you quickly forget where you are and find yourself completely absorbed by the material. Transports you through time and space and leaves you- like the best of theatre- looking at the world entirely anew.” NJ.com

“James Hillier’s careful direction and a flawless cast. Astonishing. This heady piece is perfect for a night on the town.” Manhattan Digest

★★★★ “The Langham hotel is a glorious venue, adding glamour and excitement to one of the most effective site-specific productions I have ever seen.” West End Frame

★★★★ “Intelligent and winningly unpretentious. Green eyes directed by James Hillier is the most powerful piece.” WhatsOnStage

★★★★ “Tennessee Williams’s plays are claustrophobic as it is. But squeeze them, and the audience, into a hotel room and they’re deadly. Defibrillator’s site-specific ‘The Hotel Plays’ are back.” Time Out Critics Choice

★★★★ “The Hotel Plays is an example of site-specific theatre at its very best.” West End Frame

"James Hillier’s bruisingly fine production. Luxury suites can echo with desolation and despair as well as the exuberance of sex." The Guardian

★★★★★ “A great evening at a rather special piece of theatre.” The Public Reviews

★★★★ “Swaggeringly beautiful. Hillier’s production not only gets the details right, from the Rod Stewart record nestling among the LPs to the cut of the clothes; it also coaxes vividly particularized performances.” The Guardian

★★★★ “It's to the credit of all concerned, director James Hillier included, that the characters always emerge as individuals first and points on the social, political, and class spectrum second.” The Arts Desk

★★★★ “Defibrillator’s production is enjoyably snappy, with an excellent ensemble cast.” Time Out

★★★★ “The riots are going on outside, but the audience are having too much fun with Rusty grooving along to Depeche Mode in James Hillier’s production.” Daily Telegraph

★★★★ “The sextet of talented young actors in James Hillier’s punchy production inhabit their unlovable characters with humour and dash.” The Stage

“Hard Feelings, staged by James Hillier at the Finborough Theatre feels like the natural outcome of putting a group of uneasy young people in a shared space and waiting for their inner rats to emerge.” New York Times- Ben Brantley

★★★★★ “It’s taut, exceptionally executed. James Hillier has his eye on everything. A fierce and fearless start to the night.” WhatsOnStage

★★★★ “The most tremendous fun, cramming into a hotel room, sitting within inches of the actors, knowing that you could break at any moment the tremulous illusion that they are creating. Beautifully directed by James Hillier.” The Telegraph

★★★★ “Defibrillator, a deeply impressive new theatre company, have brought three of Williams's late short plays to life in three stuffy rooms of the Grange Hotel, and the result is a disquieting triumph. Directed with considerable skill.” Time Out Critics Choice

“This is an evening of subtle and elegant performances, there is no weak link. It is a master stroke to play these pieces in a hotel setting.” A Younger Theatre