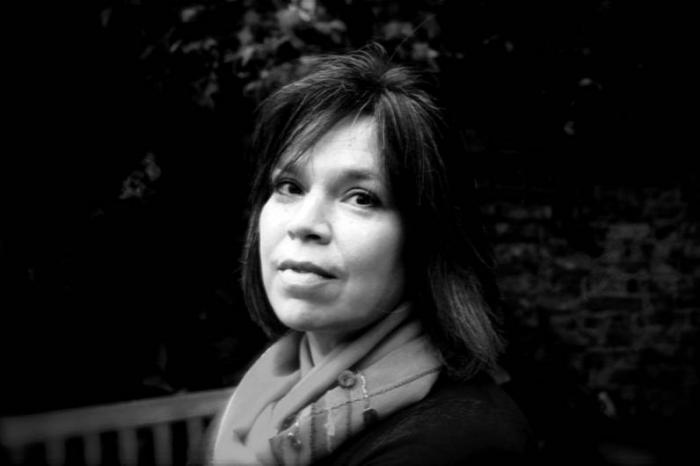 Francesca Kay grew up in Southeast Asia and India, and has subsequently lived in Jamaica, the United States, Germany and now lives in Oxford. Her first novel, AN EQUAL STILLNESS, was published in 2009 and was read on Radio 4's 'Book at Bedtime'. In June 2009 it won the Orange Award for New Writers. In 2011 Francesca's second novel, THE TRANSLATION OF THE BONES, was longlisted for the 2012 Bailey's Women's Prize for Fiction.

Her new novel, THE LONG ROOM, was published by Faber in January 2016.

‘[The Long Room is] the third novel by the gifted English writer Francesca Kay… its language is brilliant, a poet’s language, luminous and watchful… the grace of Kay’s voice is hypnotizing, and there are moments when her empathy for Stephen makes them seem barely divisible… melancholy, lovely’ Charles Finch, The New York Times Book Review

‘Elegantly done… Kay’s portrait of Stephen as a hollow man is masterful: the slow accumulation of aberrant actions - barely detectable at first but building to a tidal wave that sweeps all before it - offers a brilliant depiction of how a person can go quietly, invisibly mad. Superbly atmospheric‘ Telegraph

‘[The Long Room] is an unexpectedly compelling read that closes in, like a poetic bad dream, towards the all-too-foreseeable end’ Sunday Times

'Perhaps it's the time period, possibly it's Kay's elegant classicism, but The Long Room seems like the sort of novel that might have won the Booker around 1981. It says much about the author's acute sensitivity to the minutiae of human behaviour that it wouldn't look out of place in 2016' - James Kidd, Independent

'Gorgeous... a smouldering novel steeped in the mechanics of surveillance and suspicion. As such it's a poetically charged examination of the crushing impact of bureaucracy and solitude on a lonely man's soul' Metro, 4/5 stars

'What a treat to read a spy novel that is neither riddled with violence nor incomprehensibly plotted. The hero of Francesca Kay's elegant Cold War novel, set in London, is a young counter-espionage operative who spends his days listening to the tape-recorded conversations of suspected spies and radicals... The situation is so weirdly hypnotic that it inspires an alpha-class thriller, delivered with aplomb' Max Davidson, Mail on Sunday

‘This skilfully calibrated thriller will keep you guessing’ Daily Mail

'As an acute observation of those increasingly deadly-seeming days of the 1980s, in what is almost the banal humour of Stephen’s tale, there is an exquisite study of that sense of bewilderment at how our lives turn out, how loneliness and pain can triumph, that is deeply affecting' Literature Works

'Francesca Kay's writing style is breathtaking in its encapsulation of a man on the verge of implosion... [A] sense of encroaching darkness enshrouds Stephen, both literally and metaphorically. Kay is writing about an era when a cold war was being waged. Stephen walks into a devastating war of his own creation' Irish Examiner

'Slow-burning and beautifully written, The Long Room is a gripping psychological study of loneliness and obsession. Well worth the five-year wait' Susan Osborne, A Life in Books

Praise for THE TRANSLATION OF THE BONES (2011)

‘Poignant and uplifting… If Francesca Kay’s second novel were a piece of music, it would be a requiem, finding the poetry, perhaps even the glory, in loss and despair… Like all fine pieces of music, The Translation of the Bones builds to a moving narrative crescendo’ Telegraph

‘[Kay is] a deeply talented writer… [her] richly-characterised urban parish functions as a social microcosm. With its fine-grained pattern of voices, its relish for the surreal jostlings of inner-city life, its tender lyricism, the novel offers insight and uplift but no mystical schmaltz… Kay belongs in the hallowed company of Spark and Greene’ Independent

‘Deeply affecting [and] marvellously compact… With remarkable economy and an artist’s eye for the precise and revealing detail, Kay takes the reader into the disparate homes and lives of people who are connected to the church either by regular worship or by the shocking tragedy that takes place there…. [This is a] skilfully constructed and beautifully written book, which is as much concerned with common humanity as it is with individual faith’ Sunday Times

‘An intense and penetrating exploration of power, isolation, community and faith’ Express

‘An absorbing and ambitious debut’ Guardian

‘[A] wonderful debut… [it] so plausibly creates an artist’s life and shows it blown and broken by gales of passion, chance and fate… In one dazzlingly written and brilliantly executed scene after another, [Mallow] remains a credibly torn soul in whom love and art tragically spar. A marvel’ Boyd Tonkin, Independent