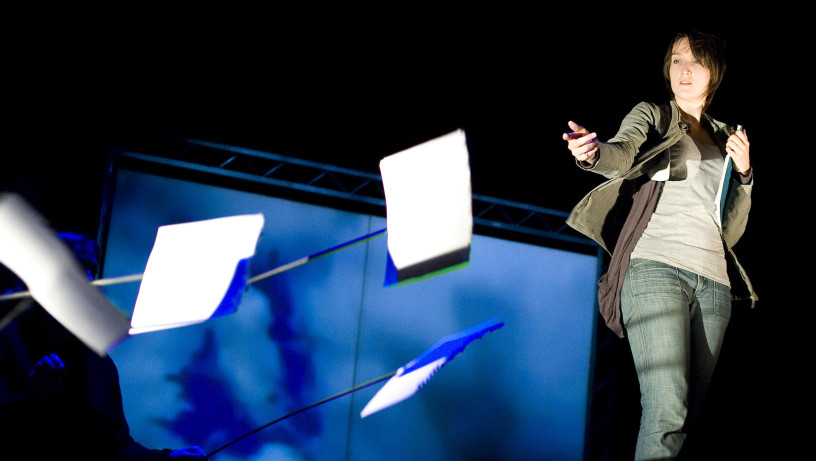 Emma was recently commissioned to write a script for MOVING ON season 11 by LA Productions/BBC, her first episode "By Any Other Name" aired in February 2019 as part of season 10. Emma's play WHAT'S WRONG WITH BABY has aired on BBC Radio 4 last Autumn.

In 2017 she reached the final selection of writers chosen for development via the BBC’s Scriptroom process and she is currently working on an idea for an original new three part drama. She is also working on a Radio play for BBC Radio 4 whilst continuing to work on her own original ideas.

Her most recent theatre play, OUT FLEW A BIRD won Script Space at the Tobacco Factory Theatre, Bristol and reached the top 40 list in the Bruntwood Prize. An extract from her new play ISLAND (in development) was included in the Women Centre Stage festival at the National Theatre.

Emma started writing collaboratively and devising with Analogue Theatre Company. She co-wrote the Fringe First winning production of MILE END which toured nationally and internationally. She also co-wrote and performed in the original production of BEACHY HEAD, which is published by Oberon books.

Her one woman show AFTER THE GUESTS ran at the Marlborough Theatre, Brighton and her short play THIS MODERN MAN featured as part of The Miniaturists at the Arcola. Other shorts have been performed at RADA, BAC, The Tron and Theatre 503. Her short play CATCH won best new writing at the Lost Theatre festival and her play SNAP.CATCH.SLAM was a finalist in the London Theatre Writing Award – it also enjoyed a successful run at The Pleasance Courtyard and UK tour.

Emma was commissioned by a lively bunch of primary school children at Highgate Primary School (in association with Company of Angels) to produce an original script using ideas directly from the children. Needless to say, it was one of her most enjoyable and enlightening writing experiences.