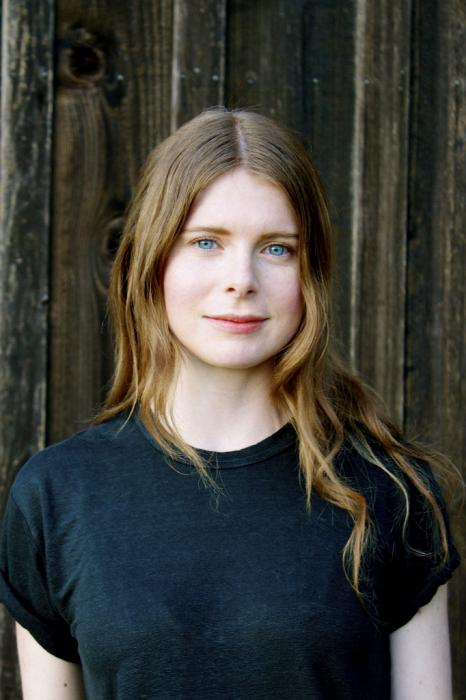 Emma Cline has an MFA from Columbia University, works in the fiction department of the New Yorker, and was awarded the 2014 Plimpton Prize for Fiction from the Paris Review, where her fiction and essays have been published. Her debut novel, THE GIRLS, was published by Chatto & Windus in June 2016 and swiftly became a worldwide bestseller. The paperback edition of THE GIRLS was published in May 2017. Her short story 'What Can You Do With A General', originally published in The New Yorker, was currently shortlisted for the Sunday Times Audible Short Story Prize 2019.

DADDY, a story collection, was published in September 2020 by Chatto and Windus.

‘A slender, absorbing book… One of the pleasures of [The Girls] is its immediacy… Almost entirely lacking in stale period detail, the book is a trancelike accumulation of intense adolescent feelings and myopic impressions’ Telegraph ****

‘Intense, clever, beautiful… Cline’s prose [is] a joy to read. She articulates nuance and atmosphere is surprising ways, often zooming in on the unsettling detail… I found myself lingering over passages or sentences simply to relish the word choice or cadence. Indeed, the grisly acts perpetrated by the cult end up feeling strangely banal because the real drama is happening so vividly inside Evie’s head’ Sunday Times

‘The strength of The Girls lies in Cline’s ability to evoke both the textures and atmosphere of those painful in-between times; the desperate rush to fill an emotional vacuum… She is a powerful interpreter of ambiguous emotional vectors, and the catastrophic directions in which they can lead’ Guardian

‘[A] precisely, gorgeously written reworking of the Charles Manson story… What sets the book apart is its exquisitely forensic portrait of what it is to be a young woman, craving attention and a sense of belonging’ The Scotsman

‘[A] thoroughly seductive debut novel… Though the long-withheld climax chilled me, the less physically violent sections of the novel disturbed me much more. The Girls promises to be the novel of the summer, with good reason. Readers will down Cline’s spooky, twisted narrative in a gulp, and then they’ll go off to be with the lights on’ NPR

‘I rather think The Girls will come to be referred to as “the Manson novel” but it is so much more than that; a beautifully written, consuming story which perfectly captures the mindset of an adolescent girl on the brink of something which she doesn’t fully understand until it is too late’ The Bookseller

‘This is thought-provoking fiction, intuitive and memorable writing… The details of Evie’s teenage world jump from the page… The Girls is a debut brimming with intelligence and ideas. It is a novel less about murder, more about a deadly desire to be accepted and admired. Buy it for the Manson-esque plot but savour it for its insights’ Irish Times

‘The Girls is gorgeous, disquieting and really, really good… [Cline’s] prose conveys a kind of atmospheric dread, punctuated by slyly distilled observation, not unlike the early cinematic style of Roman Polanski, whose wife, actress Sharon Tate, was killed by the Manson family… By far the strongest writing comes when Cline limns the nearly exquisite boredom and anticipation of early adolescence… [The Girls] feels urgent and fresh… Cline, born years after the events she explores, brings a fresh and discerning eye to both the specific, horrific crime at her book’s center, one firmly located in a time and place, and the timeless, slow-motion tragedy of a typical American girlhood’ Los Angeles Times