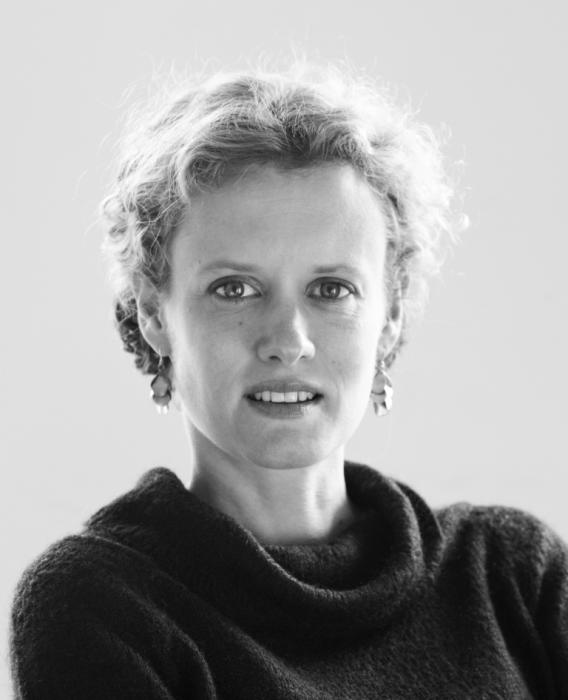 Elanor Dymott was born in Chingola, Zambia, in 1973. She was educated in America and England and spent parts of her childhood in South East Asia. She read English at Oxford before qualifying as a lawyer and practicing in the City of London and in South East Asia. She lives in London, where for ten years she was a reporter for the Incorporated Council of Law Reporting for England and Wales and wrote the Times Law Reports. Her short fiction has been published in Stand, The Warwick Review and Algebra and she also writes for newspapers and magazines. Her debut novel, EVERY CONTACT LEAVES A TRACE, was longlisted for the 2013 Authors' Club Best First Novel Award. SILVER AND SALT, her second novel, was published in April 2017 by Jonathan Cape in the UK and W. W. Norton in the US.

Her latest novel, SLACK-TIDE, was published by Jonathan Cape in 2019.

‘A compelling portrait of a break-up… Often, the best books work on you subcutaneously, by accretion, not letting you know precisely what they’re about until days or even weeks after you’ve finished them. Slack-Tide, Elanor Dymott’s slim, lapidary third novel, seems at first a familiar tale… [but] Dymott knows just how much to reveal and conceal at each stage… it’s the why that keeps us reading: the shifting, inconclusive answers to that question make this a far stranger and more compelling novel than it might initially seem. This is also a book with an intense awareness of the material of everyday life: Dymott demonstrates beautifully how close attention paid to the description of the seemingly incidental objects that surround a character can bring them to life in a vivid and memorable way… Slack-Tide is a fierce and often very funny send-up of a generation of men who think they can have their cake and eat it.’ Guardian

‘[A] slim, impressive study of an ill-fated love affair… Despite the speed of their attraction and the sadness of its splintering, the carefully crafted atmosphere is one of stillness and fragility. Amid the intoxication of their mutual discovery, the more universal theme that emerges is the pain of uncertainty: the limbo of not knowing what to do… Dymott writes particularly well on sex, and is refreshingly comfortable with the ambiguities at play in each encounter… [She] is at her best when tackling the sepia tones her characters apply to their pasts: Elizabeth views Robert’s recollections of his marriage as “revisionist fantasy”, full of rose-tints it suits her to ignore or reject… What traps Elizabeth, and forms the body of this psychologically intelligent study, is the difficulty of assessing when to compromise, when not to, and when to use her own past as context, especially amid her intense desire to conceive again versus Robert’s reluctance… In raising such confronting and introspective questions, Dymott’s slim little novel packs a very precise punch.’ Financial Times

‘[Slack-Tide] has the urgency and readability of a whodunnit, with an emotional intensity that draws you in, mercilessly, and then spits you back out again. […] The novel’s best quality is its lightness of touch. At under two hundred pages, it is slight, but it lands a hefty emotional punch. Dymott’s prose is conversational and unfussy, yet it allows all the subtle complexities of this love affair to bubble just beneath the surface. […] Sharp and potent, this novel explores what it’s like to fall in love and have your heart broken. We are spared any notion of idealised romance. Instead we get passion at its most convincing: flawed, irrational and wild.’ Literary Review

‘Captivating […] Robert’s gaslighting is properly designer: smooth, recessed, well-thought through. […] The whole thing would be unbearably plangent if it wasn’t so convincingly – and, at times, so disastrously – funny. Dymott plays some quieter games too, from her handling of space, to her choice of names. The nod to that most famous of Victorian literary power couples is just one of the many sly iterations in this book. But what makes Slack-Tide distinct is its brilliant depiction of both romantic rapture and heartfelt delusion.’ Telegraph *****

‘A compelling and beautiful reflection on the stories that hold us together and keep us apart.’ Sarah Moss

‘When two people meet is it need, fantasy or love? Slack-Tide takes us on an urgent journey and kept me reading late into the night.’ Esther Freud

‘Elanor Dymott charts the troublesome map of human desire through her deliberate navigation of a passionate love affair. Slack-Tide is hypnotically compelling. Her lovers are experienced, flawed, damaged and demanding, but she won’t let them be fooled or floored by emotion. Dymott shows that what you want is not always what you need. That the price exacted by finding yourself can be having to let another go.’ Marina Benjamin

‘I finished Slack-Tide after a heady, intense few days of reading. Elanor Dymott writes with such lucidity and precision; her characters, setting and premise are real and involving – I enjoyed it immensely.’ Laura Barnett

'I read Silver & Salt as if in a trance. Elanor Dymott is a master of delicate psychological suspense, treading gently but with devastating precision until every detail of this very sad story is revealed and embedded in the reader's mind, possibly forever' Elena Lappin, author of What Language Do I Dream In?

‘There is much that is excellent in this novel: individual scenes in the English countryside and Greece which are beautifully and movingly realised; the love and care, only occasionally touched with impatience, which Beatrice and Vinny bestow in Ruthie. They are both fully imagined characters, and Dymott has the ability which so many novelists lack to make essentially good people interesting and convincing… Dymott is a novelist of obvious talent.’ Scotsman

‘Silver & Salt juxtaposes the precise mechanics of the photographic process with the fluidity of memory to great effect. Dymott’s first novel was the highly praised Every Contact Leaves a Trace, and here, too, she skilfully suggests how people – not just pictures – are all too susceptible to atmospheric conditions. Moving between past and present, Greece and the Hollingbournes’ rambling English country house, it culminates in a daring and indelible denouement.’ Daily Mail

‘This troubling novel is about patterns of behaviour repeating themselves in successive generations of the same family. It is beautifully detailed with a profound sense of place and the intricate clues woven through the fabric of the novel build up to a tragic finale.’ Daily Express

‘The gruelling and fascinating process of photographic development reads like its own sort of poetry in this gut-wrenching, achingly intimate look at grief and how closely art and life intertwine, for better or worse.’ Kirkus Reviews

‘A beautifully observed and shattering exploration of grief as their family’s tragic past is revealed.’ Woman & Home

‘Haunting… Fans of subtle psychological suspense are sure to be hooked.’ Saga

'Superb... it has a confidence and ease with the rules of its genre, an appealing way of wearing its learning lightly, and a melancholy perceptiveness that is less reminiscent of The Secret History and its imitators than of Ford Madox Ford’s 1915 masterpieceThe Good Soldier... Beginning as a straightforward locked-room mystery, it develops into a delicate meditation on grief and revenge... Dymott has contrived a plot that is deeply satisfying without being trite. Exceptional' Observer

'Dymott's capacity to conjure striking imagery is exceptional. She builds up suspense to an almost unbearable zenith before lightly side-stepping into a related subject. This is more than a murder mystery' Independent

'This hothouse setting invites comparisons with Donna Tartt's The Secret History, but Dymott's voice is wonderfully unique' The Times

'An exquisite, creepy and unexpectedly sexy murder-mystery... With the tension of a Nicci French thriller, the intellectual fizz of Donna Tartt’s The Secret History and the very best of Maggie O’Farrell’s unnerving readability, Dymott is a classy storyteller.  She gets under your skin from the first chapter and remains at the back of your mind for days after the final page. Read this novel now before everyone else starts talking about it'  Elle

'A startlingly original blend of mystery, love story and emotional journey... An intelligent thriller is a rare find – and therefore should not be missed' Stylist