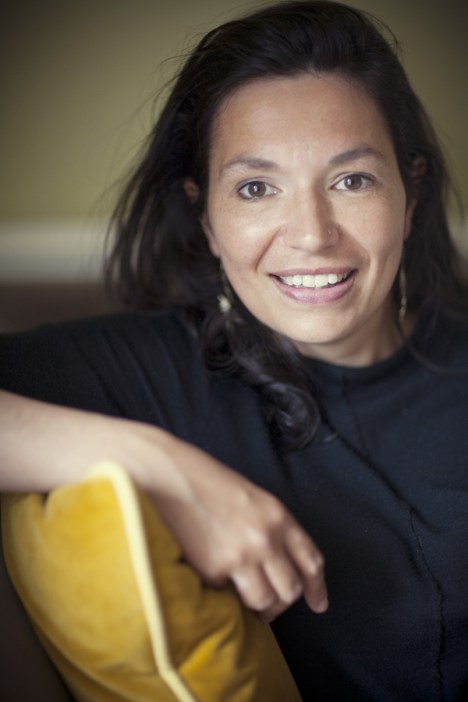 Dr Yasmin Khan is University Lecturer in 18th to early 20th century British History at the University of Oxford. She did a PhD on the History of the British Empire at Oxford University and has taught at the Edinburgh University and Royal Holloway, University of London. Her first book, The Great Partition: the making of India and Pakistan, won the Gladstone Prize for History from the Royal Historical Society. Dr Khan has written for the New Statesman and Guardian and appeared on BBC radio and television, and is an editor of History Workshop Journal and a trustee of the Charles Wallace India Trust.

India’s home front in the Second World War, as told by the many lost voices of Indian soldiers and civilians

The Second World War was not fought by Britain, but by the British Empire. In The Raj at War Yasmin Khan has revived the many lost voices of the conflict as fought by India, at home and abroad, creating a rich portrait of a continent at war, told by the many Indian soldiers and civilians whose lives were upturned by war. The non-combatants, the lascars, the prostitutes, nurses, refugees and peasants. We hear from

It is a narrative of loyalty and rebellion, oppression and protection. India did indeed come to the aid of its colonial master, but it was the wartime transformation of India that ultimately led to Indian independence and the partition of the subcontinent, as the Raj unravelled under the pressure of war.

Praise for THE RAJ AT WAR: A People's History of India's Second World War:

“Superlative … As Yasmin Khan brilliantly demonstrates in her path-breaking study, The Raj at War, what changed everything was the Second World War. The Raj at War breaks new ground on almost every page. Written in beautifully polished and often moving prose, Khan’s book is the first detailed study. It succeeds brilliantly. Her work has the detailed research, economic rigour and theoretical superstructure of heavyweight academic history; yet it also has the narrative momentum, prose style and humanistic and biographical insights of a more literary work” William Dalrymple, Spectator

“Wonderfully detailed and original … Khan achieves almost complete success: The Raj at War is a striking example of people’s history, packed with anecdotes, memories and information about a shared but largely unwritten global past” Patrick French, Guardian

"In The Raj at War, Yasmin Khan, author of the prize-winning The Great Partition: the Making of India and Pakistan, balances analysis, history and human compassion in a narrative that leaves one shaken" Juliet Nicolson, Daily Telegraph 5*

“Splendid … Khan's richly readable book takes apart and rewrites the conventional narratives of imperial historians … Democratic in her approach and largely suspicious of grand narratives, Khan tells her stories from the ground upwards … her chronicle is, in the main, tragic in this seminal and timely book” Independent

“Her new work makes salutary but unpalatable fare for any remotely sensitive modern British reader … tells a host of stories about India’s wartime travails that should be known to a wider western audience” Max Hastings, Sunday Times

“[Dr Khan] brings forensic clarity and even-handed sensitivity to the experience of British India and its population. The result is a narrative that is as riotous with colour as the markets and railway stations around my home in Delhi.” Jason Burke, Observer

“In The Raj at War, Yasmin Khan tells the story of the Indian experience of the crisis that finally did for that world. Like all Indian stories, it is complex and contradictory, but she shows convincingly how Indians could no longer be fooled, or fool themselves, that the British presence was either benign or irreversible.” Guardian, History Books of the Year

“A big picture account, flecked with minute sociological detail, of both Indians on the home front and Indian soldiers on the battlefield, showing how the war transformed nearly every part of Indian society…her attention to ordinary men and women, labourers, sepoys, coolies, factotums in the giant machinery of war, give her book a powerful depth and resonance.” The National

THE GREAT PARTITION: THE MAKING OF INDIA AND PAKISTAN
YALE UNIVERSITY PRESS, JUNE 2007

The Partition of India in 1947 promised its people both political and religious freedom—through the liberation of India from British rule, and the creation of the Muslim state of Pakistan. Instead, the geographical divide brought displacement and death, and it benefited the few at the expense of the very many. Thousands of women were raped, at least one million people were killed, and ten to fifteen million were forced to leave their homes as refugees. One of the first events of decolonization in the twentieth century, Partition was also one of the most bloody.

In this book, Yasmin Khan examines the context, execution, and aftermath of Partition, weaving together local politics and ordinary lives with the larger political forces at play. She exposes the widespread obliviousness to what Partition would entail in practice and how it would affect the populace. Drawing together fresh information from an array of sources, Khan underscores the catastrophic human cost and shows why the repercussions of Partition resound even now, some sixty years later.

The book is an intelligent and timely analysis of Partition, the haste and recklessness with which it was completed, and the damaging legacy left in its wake.

Praise for THE GREAT PARTITION:

"Yasmin Khan, a British historian, has written a riveting book on this terrible story. It is unusual for two reasons. It is composed with flair, quite unlike the dense, academic plodding that modern Indian history usually delivers. Second, it turns the spotlight away from the self-posturing in the British viceroy's palace and the well-documented political wrangling between Congress and the Muslim League leaders. Instead, it focuses on a broader canvas that leads the reader through the confusion, the uncertainties, the fear and eventually the horror faced by those who were soon to become citizens of the two new states, India and Pakistan."  The Economist

"...intelligent and empathetic...Most historians like to apportion blame among the leading players, British and Indian, for the disaster that occurred. Yasmin Khan is not interested in doing so. Nor does she give time to the simplistic and oft-repeated theory that partition was the result of Britain's alleged policy of 'divide and rule'. The author's main interest is in the experience of partition, how people thought of it and it affected them."
David Gilmour, Literary Review

"Until now, writes Yasmin Khan in THE GREAT PARTITION, historians have tended either to trace the suffering of the victims on their epic journeys, or to concentrate on political intrigue in New Delhi. But Khan's important new book marries these two approaches, showing the relationship between the human and the political."
Susan Williams, BBC History Magazine

"...an elegant, scholarly analysis of the chaotic severing of two Pakistans (now Pakistan and Bangladesh) from India in 1947. Khan's book is splendidly researched, and she has an eye for illuminating details of how Partition affected everyday lives." Alex von Tunzelmann, Daily Telegraph

"After independence, refugees made up almost half the population of Lahore, and almost a third of Delhi. Many were badly traumatised; some went mad. One of Khan's many achievements in this powerful book is to link this terrible suffering to the blueprint for Partition, 'loftily imposed from above'. She seethes with anger at the British manner of leaving the sub-continent, 'rushed and inadequately thought out'. She condemns the decision to send British troops home and to shift responsibility for peace-keeping to the nascent governments, before they had even begun to function." Susan Williams, Independent

"Khan's angry, unsparing analysis of catastrophe is provocative and painful." The Times "[A] highly intelligent and moving reappraisal of the Partition, weaving together stories of everyday life with political analysis."
Soumya Bhattacharya, Observer