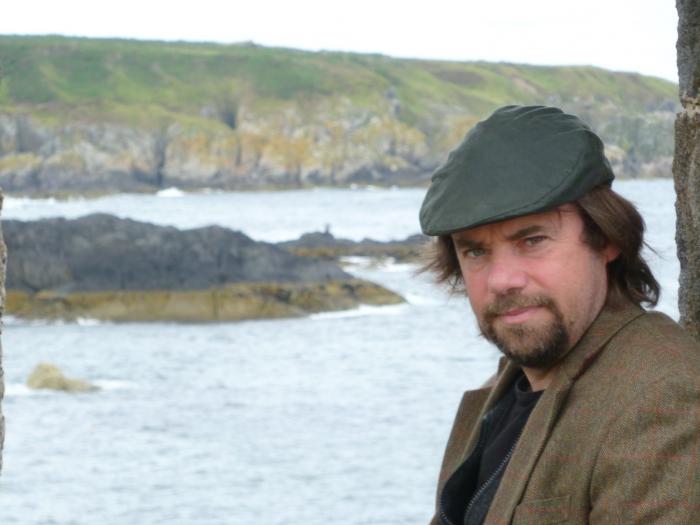 Dr Tony Pollard is an internationally renowned archaeologist and Director of the Centre for Battlefield Archaeology at Glasgow University. He has carried out pioneering investigations of battlefields in South and North Africa, South America and Europe and as a Forensic Archaeologist has worked with police forces throughout Britain. He has written numerous papers and articles on archaeology and history and is co-editor of the Journal of Conflict Archaeology. He was the co-presenter of two series of BBC2's archaeological documentary series TWO MEN IN A TRENCH.

THE MINUTES OF THE LAZARUS CLUB - PENGUIN, AUGUST 2008
London, 1857 – You have a rare invitation to join the Lazarus Club and meet some of the most illustrious, most unconventional minds in Victorian society. Their meetings take place behind closed doors. Their discussions are revolutionary and their conclusions sometimes forbidden...

Knowing nothing of this secret society, George Phillips, an ambitious young surgeon, is intrigued to one day in his dissection theatre, meet London’s visionary engineer, Isambard Kingdom Brunel. Brunel invites Phillips to become secretary of the Lazarus Club, but it soon becomes apparent that the great engineer has mysterious plans for the good doctor. As he becomes embroiled in the enigmatic machinations of the Lazarus Club, Phillips encounters a dark conspiracy. Not only is his own life in jeopardy, but as the first mutilated body is washed up on the banks of the Thames so the very foundations of Victorian society are set to be rocked to their core. Brimming with a fascinating cast of characters and intriguing, authentic detail about 19th century surgery, forensics, science, and literature, The Minutes of the Lazarus Club announces a confident new voice in historical suspense.

Praise for THE MINUTES OF THE LAZARUS CLUB:

"A high-spirited romp... twists and turns like a journey through a maze"  Scotsman

"A wonderfully intelligent and charismatic thriller - a rare treat that will enthral and intrigue." New Books Magazine

"Eminent Victorians help gaslight romance to shine … Pollard is often exciting in his desperate chases around wharves, warehouses and cemeteries … it does what all genre novels should: entertain us by gaming with our expectations of what sort of book it is." Independent

"History to fire the imagination….this cleverly concocted caper knits together into a riveting yarn the great technological advances of the late 19th century." The Times

"This is a lively Victorian thriller, crammed full of exhilarating detail and larger-than-life characterisation." Barry Forshaw, The Good Book Guide