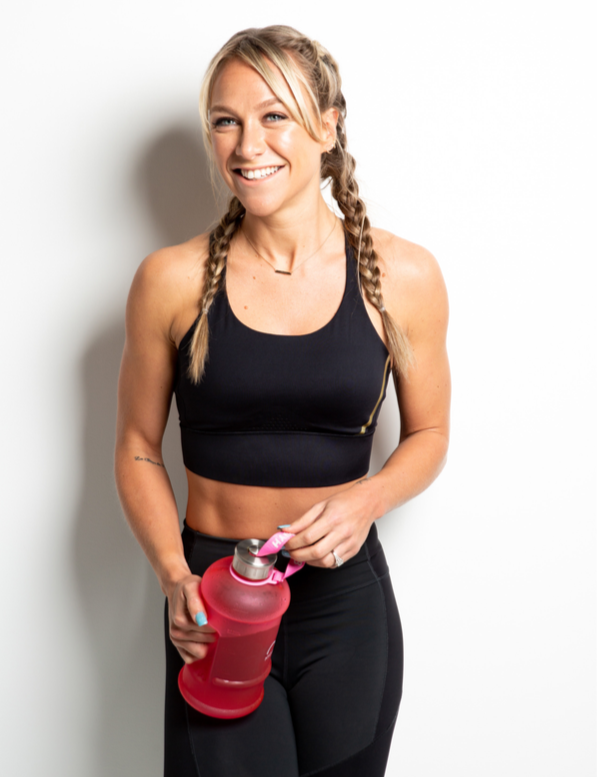 Chloe first appeared on our screens when she co-presented E4’s ‘Big Brother’s Big Mouth’. She was also the presenter of ‘Chloe’s Angels’, a celebrity and showbiz feature on the digital channel ‘Watch’. This was followed by recurring roles on 'Live from Studio 5' and 'The Alan Titchmarsh Show'. Chloe has also competed in ITV's 'Dancing On Ice 2011' and Channel 4's The Jump, finishing 3rd in both competitions.

Panto seasons have seen her starring as the eponymous 'Sleeping Beauty' at the Theatre Royal, Windsor, and in Cinderella at The Hazlitt Theatre, Maidstone.

However, in 2012, Chloe qualified as a Level 2 Gym Instructor and Level 3 Personal Trainer.

Not long after her hugely successful foray into the world of health and fitness, Chloe became a best selling author of her debut health and fitness book, The 4-Week Body Blitz, and has since had great success with a number 1 podcast (The Bodcast) and best selling follow up book, The Fat Loss Blitz and in 2019 released her next book Transform Your Body with Weights, and the second series of The Bodcast.