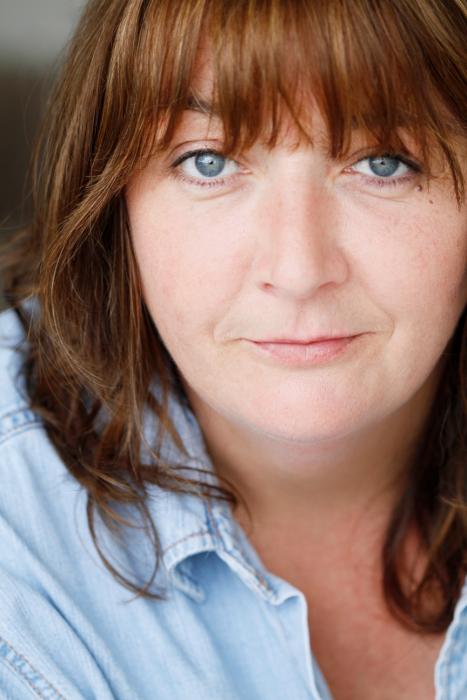 Ashley will soon be playing the role of ‘Lorraine’ in the Channel 4’s upcoming drama IT'S A SIN, written by Russel T. Davies and as ‘Cook’ in Steve McQueen’s new project SMALL AXE. Her recent TV credits include ‘Janet’ in WANDERLUST, ‘Mandy’ in THIS COUNTRY, ‘Lady Circumference’ in DECLINE AND FALL and ‘Shakira’ in MAN DOWN. She could most recently be seen on stage as ‘Dull Gret’ in TOP GIRLS, directed by Lydnsey Turner at the National Theatre and prior to that was ‘Paige’ in HIR, directed by Nadia Fall at the Bush Theatre. Her most recent appearance in a feature was in Guy Ritchie’s 2020 blockbuster THE GENTLEMEN as ‘Maureen.’

She performed the role of Brian in SHOPPING AND F***ING at the Lyric Hammersmith, directed by Sean Holmes.

"Ashley McGuire (excellent, as ever) speaks with the potency of a preacher as drug dealer Brian."  Natasha Tripney - The Stage.

Ashley performed in THE SUICIDE at the National Theatre, working once more with Nadia Fall who previously directed her in OUR COUNTRY'S GOOD and HOME.

Praise for Ashley's performance in THE SUICIDE:

"Ashley McGuire, who lollops on the stage as if she were in her own kitchen, is worth crossing town to see."  Susannah Clapp - The Observer

"Ashley McGuire is brilliant as the lewd mother-in-law with a heart of gold, and then as the late Margaret Thatcher who puts Hell's public service out to tender."  Patrick Marmion - The Daily Mail

Praise for Ashley's performance in OUR COUNTRY'S GOOD:

"There are two standout performances – both from actresses playing female prisoners. Ashley McGuire’s Dabby Bryant, an outward toughie who yearns for a simpler life back in Devon, creates a moment of terrific poignancy as she realises she can never go home." Ben Lawrence - The Telegraph

"Outstanding.'Twelve hundred pounds! It must be a comedy,' exclaims Dabby Bryant, whose unimpressed commentary and whose pining for Devon are given a Shakespearean tragicomic heft by Ashley McGuire." Paul Taylor - The Independent.

"There are moments of real power and poetry in the writing, eloquently delivered in particular by Ashley McGuire." Natasha Tripney - The Stage

"Ashley McGuire is affecting as Margaret Brotherton, a woman who, in hunger, had to abandon her baby.  She gives the play a heart." Kate Kellaway - The Guardian

She was critcally lauded for her portrayal of Falstaff in Phyllida Lloyd’s all-female HENRY IV at the Donmar Warehouse in 2014.

“A magnificent Falstaff...she is glorious. A one-person vindication of the all-female enterprise. If it were needed.” Susannah Clapp - The Observer

“Ashley McGuire is a superb Falstaff, mixing the predatory swagger of a wheeler-dealing geezer with notes of vulnerability” Henry Hitchings - Evening Standard

Her showreel can be viewed here.