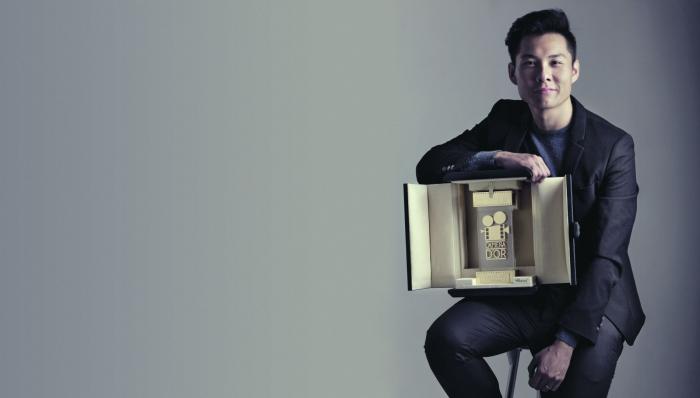 Download CV
Born in Singapore, Anthony Chen enrolled in Ngee Ann Polytechnic’s School of Film and Media Studies at the early age of 17 to pursue his passion for filmmaking. He graduated from film school with his short film G-23 which screened at festivals worldwide, and won multiple awards in Europe and Asia. His second short AH MA (GRANDMA) was nominated for the Palme d’Or for Short Film at the 60th Cannes Film Festival, and won a Special Mention - the first ever award for Singapore at Cannes. HAZE marked his third short film and was nominated for a Golden Bear (Short Film) at the 58th Berlin International Film Festival. Collectively his shorts have screened at numerous prestigious film festivals including Cannes, Berlin, Rotterdam, Busan, London, Sao Paulo, Stockholm, Sydney, Montreal, Melbourne, Chicago and Hawaii. In 2009 he was accorded the Young Artist Award, one of the most prestigious accolades for the arts in Singapore, awarded by the National Arts Council of Singapore. In 2010, Chen completed his MA in Film Directing at the National Film and Television School in the UK with a scholarship from the Media Development Authority of Singapore.
Chen’s debut feature ILO ILO debuted in Directors’ Fortnight at the 2013 Cannes Film Festival and was unanimously awarded the Camera d’Or, making history again as the first Singapore feature to be awarded at Cannes. ILO ILO went on to gain widespread acclaim and recognition when it became an arthouse favourite, winning forty awards internationally, including four Golden Horse Awards at the 50th Golden Horse Awards in Taiwan, the equivalent of the Oscars for Chinese-speaking people worldwide. Under a jury presided by Ang Lee the film also won the coveted Best Picture prize, beating auteurs such as Wong Kar Wai, Jia Zhangke, Johnnie To and Tsai Ming Liang.  ILO ILO was also Singapore’s submission for Best Foreign Language Film at the 86th Academy Awards. In addition to its critical acclaim, the film also performed well at the box office in Europe and Asia. In Singapore it was the third highest grossing local film in 2013, and became the most successful arthouse film in the history of Singapore cinema both commercially and critically.
Anthony was named as one of Variety magazine’s ‘10 Directors to Watch’ in 2014. The same year he was also awarded the prestigious Singapore Youth Award. Anthony recently launched Giraffe Pictures in Singapore, a boutique film company with an aim to nurture and develop new voices in Singapore and Asia.
Anthony's latest film, WET SEASON, premiered at the Toronto International Film Festival in September 2019.