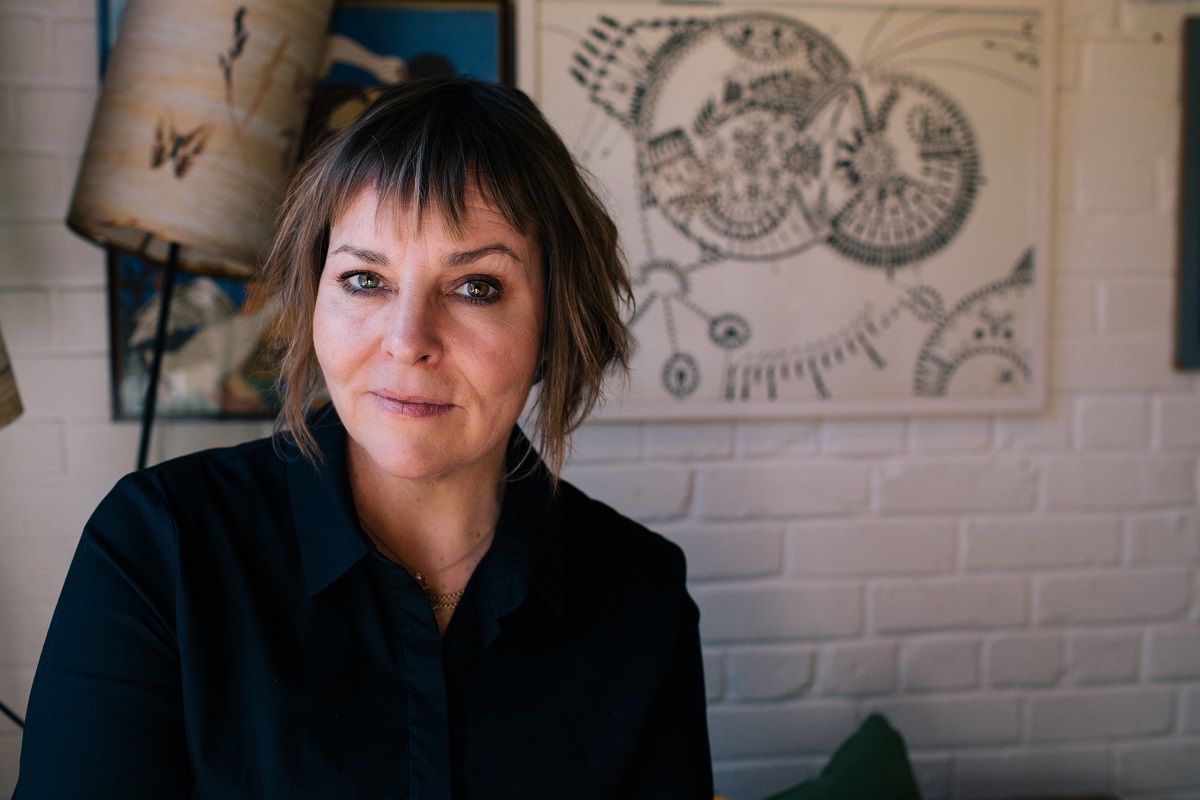 Anna Mackmin previously worked as a theatre director. Her first novel, DEVOURED, was published in June 2018 by propolis books. In November 2018, DEVOURED won the Fiction category at the East Anglian Book Awards, and it is currently shortlisted for the Desmond Elliott Prize 2019.

‘A sparkling debut… Brilliantly filmic… Mackmin’s debut novel is a tour de force of tragicomic invention and linguistic virtuosity. Set in 1973, Devoured is a coming-of-age story: Bo tells it minute by minute, addressing herself exclusively in the second person. Broken sentences and wild ellipses rush us along, even as they detain the reader with rich verbal inventiveness. I laughed and cried my way through, fearful for Bo and her mute sister, Star. All Mackmin’s theatrical skills are in play, conjuring an off-the-wall alternative community and its intricately self-serving personal relationships… I’ve never read a more sensuous and sensual book, nor one that troubled me more for its endangered children… Devoured explores human hunger, freedom, betrayal. If the novel’s spirited children survive, what scars will they carry into adult life?’ Guardian

‘This charged coming-of-age tale set in a Seventies commune is an original, disturbing read… It’s [written in] a style as unconventional as the story… Mackmin captures her [narrator’s] pubescent rush of sensation and emotion with moving candour, and achieves a dizzying believability… The propulsive rush of the narrative leads you hurtling towards the inevitable implosion of this makeshift community, and the fallout for the children of this “me me me” generation. Mackmin is surefooted as she negotiates between the comedy and tragedy of the tale, and her original voice makes this an absorbing read.’ The Times

‘A strange, compelling and very funny novel about life, love and Elizabeth David. Both nostalgic and acidic, Mackmin's sun-bleached vision of 1970s Norfolk gradually takes on a more sinister atmosphere as her young heroine learns that growing up often means leaving behind the things we love most. This is experimental fiction at its very best - giving a new shape to the way we see the world, but one that strikes us as deeply, marvellously true.’ Alex Preston

‘Quite brilliant. I had to read it in small bursts, kept thinking I couldn’t take it anymore, so claustrophobic, so damn awful,  but then couldn’t resist picking it up again. And hilarious! An experiment in ’70’s new age living that could turn the hardiest biodynamic farmer into a Heinz soup guzzling rebel.’ Esther Freud

‘A dazzling debut - in equal parts hilarious and terrifying. An incredibly assured and superbly written evocation of an eccentric childhood that will nonetheless resonate powerfully those whose upbringings were more conventional.’ Stephen Fry