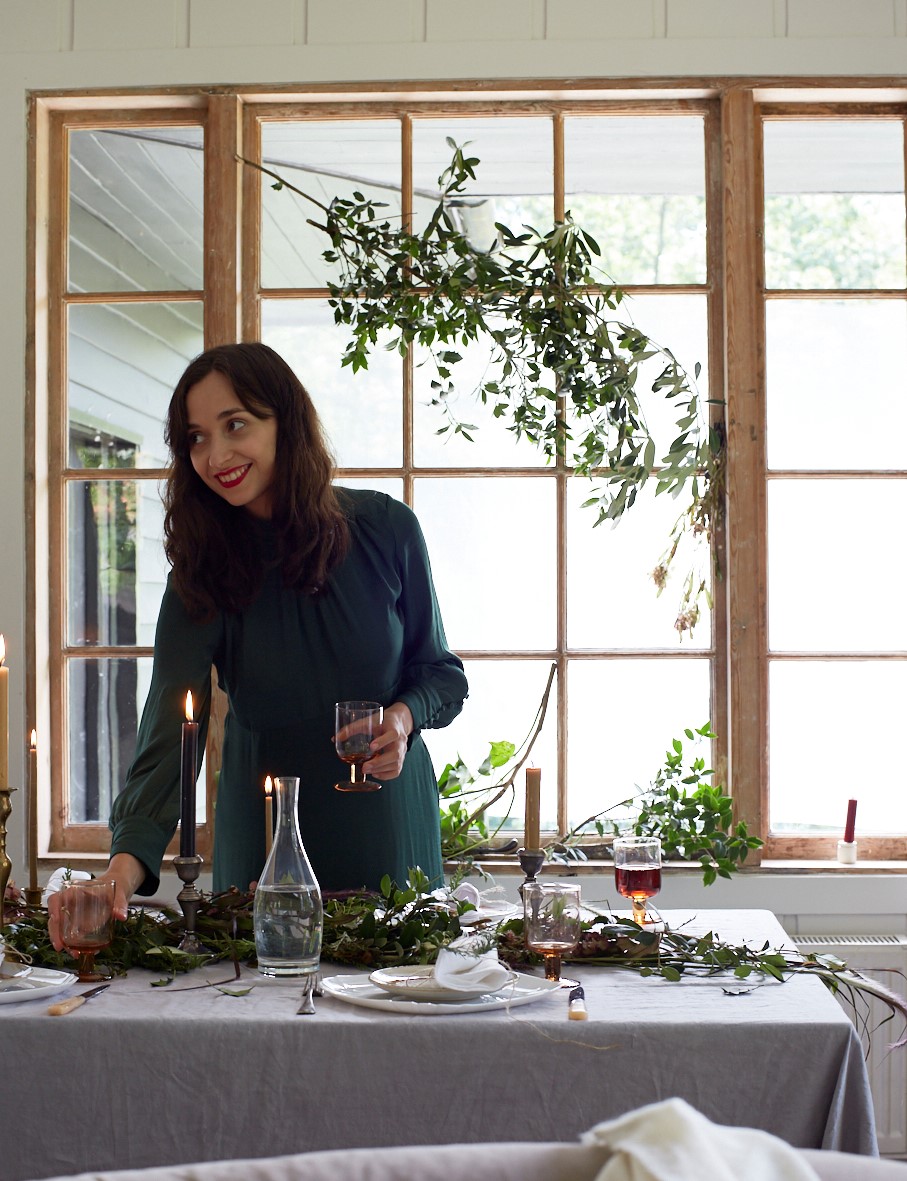 Alissa came to the UK in 1999 from Russia to study and never looked back. Gaining a PhD in film history, she lectured and published on the subject of Russian and European cinemas, and also worked as curator and coordinator of film festivals in London. However, her passion for cooking and hosting dinner parties, gradually turned into an obsession and Alissa left her job to launch a new project: a cinema-supper club called KinoVino, which offers film screenings and sit-down dinners with unique menus inspired by the films. Since its launch in May 2015, KinoVino has established a reputation as one of London’s most original projects, redefining the local food and film scene. Featured in British Vogue, Olive magazine, Vice, The Curious Pear, Khoollect, the Telegraph and on the BBC Radio 4 Food programme, KinoVino was named one of the 10 best supper clubs in London by Time Out. Alissa has also launched a private events branch of KinoVino, organising product launches and private gatherings around London. She regularly holds food popups and supper clubs under her own name where she explores the cuisine of the former Soviet Union. Her growing interest in the food culture of her homeland resulted in the idea for a cookbook - SALT AND TIME: Stories from a Siberian Kitchen, published by Mitchell Beazley (Octopus) in March 2019.

Alissa was shortlisted for the Young British Foodie Awards in 2017.

Salt & Time will transform perceptions of the food of the former Soviet Union, and especially Siberia - the crossroads of Eastern European and Central Asian cuisine - with 100 inviting recipes adapted for modern tastes and Western kitchens, and evocative storytelling to explain and entice. Why not try the restorative Solyanka fish soup (a famous Russian hangover cure), savour the fragrant Chicken with prunes or treat yourself to some Napoleon cake.

'Some cookbooks take you on a journey that is as poetic as it is geographical and culinary, and Salt & Time (from the very title on) is just such a one' - Nigella Lawson

‘Alissa Timoshkina's book on Siberia is more than just filled with recipes, it's an exploration of a place and its people told through food’ Julia Leonard, Independent

‘I love cookery books that transport you to a different place. Here, Siberian-born Alissa shines a light on Russian food, going beyond the stereotypical images of ‘eating blinis with caviar, or gazing at bare market stalls’. I’ve earmarked the salmon pie and the carrot and caraway cake recipes’ Leah Hyslop, Sainsbury’s Magazine

‘Film scholar-turned-cook Alissa Timoshkina’s new recipe book is an exquisite collection of dishes that draw on different strands of the Russian culinary tradition. Published today by Mitchell Beazley, Salt & Time sees the London-based Timoshkina delving into her childhood memories of growing up in Siberia as well as her study of cooking history and much practical experience. While she includes recipes for Russian favourites like borshch and kholodets, Timoshkina also explains how to make mouthwatering dishes from Squid Poached in Smetana Sauce to Aubergine Matzo Bake and Carrot and Caraway Cake.’ The Calvert Journal