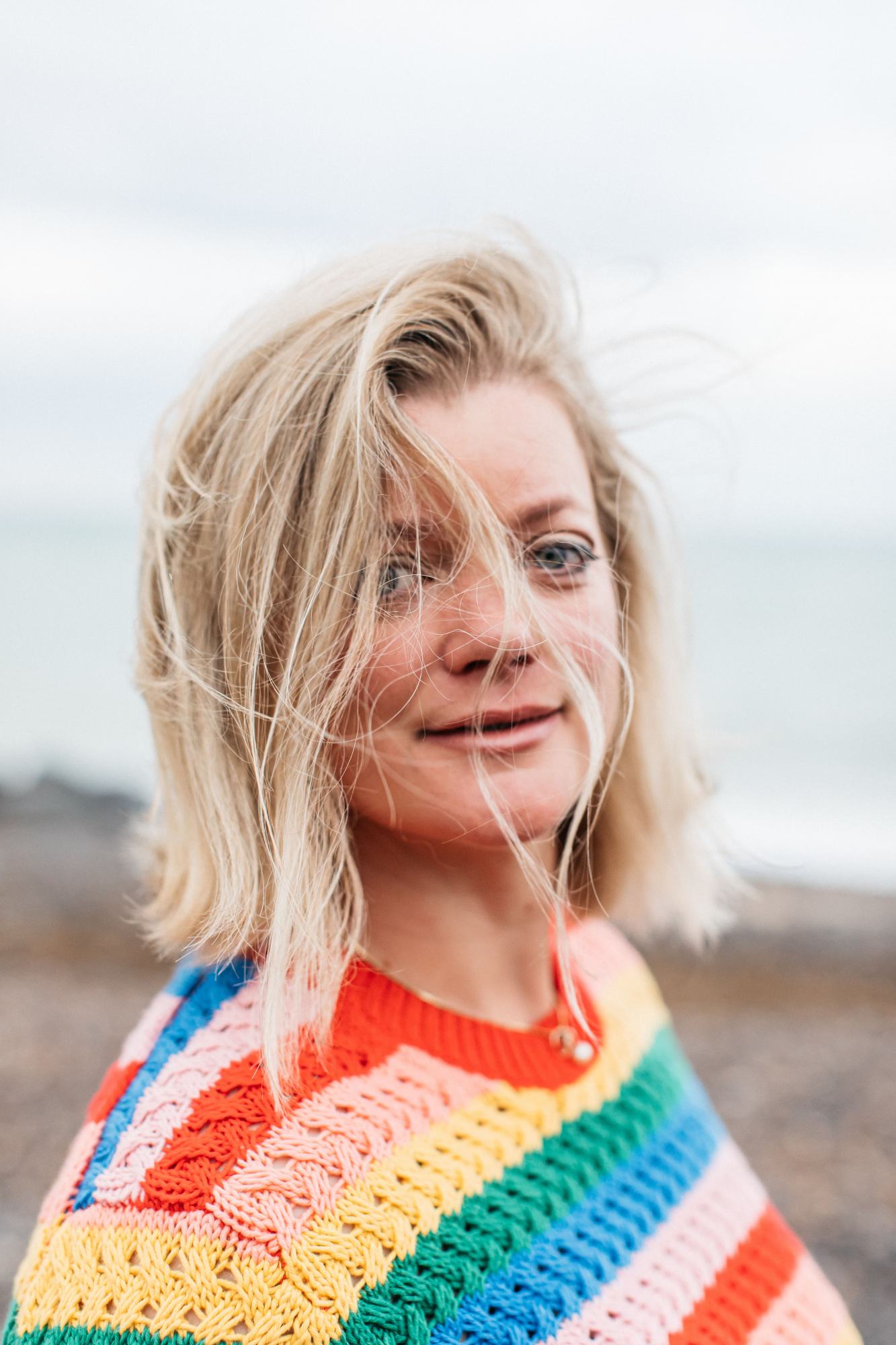 Alexandra Heminsley is author of three books about women, bodies and sport, including bestselling memoir Running Like Girl, which has now been published in thirteen countries, and Some Body to Love. She also co-wrote Judy Murray’s bestselling and William Hill Sports Book of the Year nominated Knowing The Score. Her debut novel Under The Same Stars will be published by Little, Brown in July 2022.

After working in publishing for six years she became a freelance journalist, broadcaster and author in 2004.  Alongside projects under her own name, she continues to work on ghostwriting projects for major publishers including HarperCollins and Hachette and TV companies such as Lime and Monkey Kingdom. She has also worked with brands such as Nike, hush.com and Holland & Barrett.

After 8 years as the books editor at Elle, and 10 years at  BBC Radio 2’s Claudia Winkleman Arts Show, she now reviews books for Grazia magazine and the Sara Cox show on BBC Radio 2. She continues to write features and interviews for the nationals including the Guardian, Telegraph and Times, as well as women's magazines such as Vogue and Kinfolk magazine.

She regularly chairs author interviews and panels for bookshop and festival events, and has spoken about her own work at several festivals including Latitude and Greenwich.

She travelled to Mexico with the British Council in 2015, and was a judge for 2011's Costa Novel of the Year Award.

Clara Seymour is trying to find her feet in London, living away from home for the first time. Brought up by her domineering mother, treasuring time any time with her adoring father, Clara's world is brought to a standstill when her dad abruptly dies.

Then, a mystery comes to light in a letter from him.

As I am sure you are aware that before I met your mother I had a previous marriage. But what I am not sure we have ever discussed is that we had a daughter.

So begins a journey of discovery that takes Clara to remote Norway and a landscape as brutal as it is beautiful, a voyage as fraught with personal and emotional danger as the sheer cliffs and torrid seas she must cross to find out who her father really was - and find the sister she's never met.

What happens when life doesn't go to plan? From the author of Running Like a Girl and Leap In comes a remarkable memoir about gender, body-image and the re-configuring of her own family

‘Today I sat on a bench facing the sea, the one where I waited for L to be born, and sobbed my heart out. I don’t know if I’ll ever recover.’

This note was written on 9 November 2017. As the seagulls squawked overhead and the sun dipped into the sea, Alexandra Heminsley’s world was turning completely inside out.

Alex’s husband had decided to transition. The news had been delivered while their baby slept quietly in the next room.

But this vertiginous moment represented only the latest in a series of events that had left Alex feeling more and more dissociated from her own body, turning her into a seemingly unreliable narrator of her own reality.

Some Body to Love is Alex’s profoundly open-hearted memoir about losing her husband but keeping a friend whilst bringing a baby into the world. Its exploration of what it means to have a human body, to feel connected or severed from it, and how we might learn to accept our own, makes it a vital, level-headed contribution to the incendiary debates on body-image and gender.

"A brave, thoughtful and timely book – calming and inspiring on our different relationships with our bodies, and vitally compassionate on trans rights." (Naomi Alderman)

"A treatise on empathy and grace in extraordinary circumstances." (Jojo Moyes)

"A book about how a personal crisis caused someone to open up rather than shut down . . . really admirable and carefully done . . . on bodies, families, gender identity, bravery." (Amy Liptrot)

"Wise, kind, funny, sad and beautifully written. Everyone who occupies a human body should read it." (Erin Kelly)

"The most moving and real account of a person’s relationship with their body I have ever read . . . A book with a wild, deep, joyous, tender love of people at its heart." (Emma Jane Unsworth)

"A much needed clarion call for greater empathy, compassion and respect for humanity." (Daisy Buchanan)

"Alexandra Heminsley understands what it is to be a woman in a world that judges us, our bodies, and the experience of these bodies, in every way and at all times . . . Charting her journey to her own body through loss, heartache and trauma, alongside love, friendship and hope, she suggests that each of us might find our own way to embody our deepest truths, and that we might do so with generosity to others on their own journey." (Stella Duffy)

"It took my breath away . . . It's such a beautiful book, so full of compassion and kindness even in its furious honesty . . . You are going to love it." (Bryony Gordon)

"A raw, heartbreaking, uplifting memoir about reinvention, being a woman and love in all its forms. An important book, beautifully written." (Kate Davies, author of In at the Deep End)

"A gorgeous open-hearted read but also a vital, instructive one." (Caroline Sanderson, Bookseller)

Swimming is one of the fastest growing sports in the country: 2.7 million people in the UK swim once a week. And Alexandra Heminsley thought she could swim. She really did.

From the ignominy of getting into a wetsuit to the triumph of swimming to Ithaca, Alexandra learned to appreciate her body and still her mind. As it turns out, the water is never as frightening once you’re in, and really, everything is better when you remember to exhale.

Candid, insightful, and empowering, this book will move you – to tears of laughter and to the water!

Until five years ago, Alex was not a Runner.  Or in any sense Sporty. She was an ordinary, curvy woman, who had let sport drop after school, and considered the world of running to be beyond her.  But in 2012 Alex will, at Nike’s invitation, take part in the Women’s Marathon in San Francisco – her fourth full marathon.

More importantly, she would say, she’s made running part of her life, and gets to reap the rewards: not just the obvious things, like a touch of weight loss, health and glowing skin, but self-belief, and immeasurable daily pleasure. She’s discovered a new closeness to her father – a marathon-runner of many years’ standing – and her brother, with whom she ran her first marathon, as well as a new side to herself, and has become intrigued by the little-known but rich feminist history to running.

Along the way, Alex has had to handle the logistics of learning to run: the intimidating questions of a 22 year-old sales assistant while buying trainers, where to get decent bra for the larger bust, and how to apply Vaseline to make the wearing of both comfortable. She’s worked out how not to freeze, how not to get sunstroke, and what (and when) to eat before a run. She’s worked out what’s important (pockets) and what isn’t (appearance) about what you wear. She’s conquered the logistics of how to run a race, and how to use a heart rate monitor. She’s run the gamut of uncontrollable emotion that a long-distance race can bring, and she’s experienced the zen moment of distance covered, problems solved, that is the grail of every regular runner.

As Alex says, there are running books about going the furthest, going the fastest and doing it all in the least amount of footwear. These are books that are almost always by, and about, men. And there are running books that calmly and clearly talk you through how to get anywhere from 5k to 26.2 miles. But there is little to encourage the woman who, after a few too many years of white wine for supper and a sneaky fag on a Friday night, has a tiny, whispering voice in her head suggesting that she might like to give it a go. Part memoir, part ‘how to’, Running Like A Girl is a thoughtful, kind and practical exhortation to ‘ordinary women’ to lace up their trainers, and see what they are capable of.

"Running gets a coolover courtesy of marathon aficionado and girl about town Heminsley. If even the word marathon brings you out in a cold sweat, then this brilliantly titled book is the perfect antidote to running reluctance... an honest and uplifting account, pitching practical know-how... along with insights into the personal doubts and daunts of her own life. There's nothing preachy or smug about her stance. Instead, it's an inspiring reminder of what we're all capable of if we put our minds to it." (Marie Claire)

"[Heminsley] describes her first shy forays into running, writes about the difficulty of getting the right kit, the exhaustion and the leaden legs, and then the gradual gains in confidence and fitness, and the realisation that to be a runner all you have to do is run. Running defines her, connects her to her family and friends, and to the world. If you already run you’ll nod in recognition; and if you don’t, perhaps this will convert you to the stern pleasures that this uniquely accessible sport has to offer." (Independent on Sunday)

“In Running Like a Girl, Alexandra Heminsley has the courage to abandon her comfort zone and try something truly daunting and intimidating, running a marathon. In doing so she proves to herself that she is better than she thought she was and is capable of going further than she ever thought she ever could. These are invaluable life lessons that transcend running itself. You will enjoy this book—and learn and laugh in the processes--whether you run great distances, modest distances, or not at all.” (Dean Karnazes, runner and New York Times bestselling author)

"This book is an emotional whirlwind split into two perfect halves. First is the story of Heminsley's own running journey... The second half offers the most practical advice... invaluable, as once you finish this book, even the most unenthusiastic of sportswomen will be longing to pull on the Lycra and run for the hills." (Psychologies)

"A meditation (slash romp) on running, life and love. Penned in her own inimitable style, the book is a tread through the raft of body insecurities and mental anguish we all go through when we put on our trainers." (Grazia)